In Spain, the cultivation of the olive tree was introduced via the Phoenicians in 1100 BC, and it later expanded through economic relations with Greece. However, it was not until 206 BC, after the Roman occupation of Hispania, that olive production truly came to the fore. To Pliny the Elder, the oil from Hispania Baetica, or Roman Andalusia, located in the fertile triangle of land lying between Corduba, Astigi and Hipalis, was among the best in the empire, comparable to the oil from Venafro in the Italian region of Campagna.

During the Middle Ages, the northern European peoples included butter fat in their daily diets and were unaware of or avoided olive oil since it was an expensive product that they scorned because it was the custom of the invasive and now ‘declining’ Roman Empire. The use of olive oil during the Middle Ages was assigned to cooking, although it was also used to light houses and make soaps and textiles. For these applications, olive oil was quite useful and very difficult to replace. Medical uses in different balms and medicines are reflected in the medical literature from the day. Authors like Averroes and Maimonides devoted room in their medical works to praise the consumption of olive oil in the preparation of certain dishes like fish and fried eggs.

In his second journey, Colombus took to the Antilles botanical species, including wheat, grapes and olives. Nevertheless, the habitat in the islands demonstrated to be unfavorable for cultivating them. It was not until the 18th century that Friar Junipero Serra reached San Diego Bay in California and began to cultivate and consolidate olive tree plantations in the New World.

The entire 18th century witnessed a new phase in the expansion of the olive oil trade due to the population explosion. The stimulus of consumption and domestic demand collided with the exporters’ economic interests. In order to rein in the rising domestic prices, a price adjustment and moderation policy had to be devised to control them, as described in the 1774 report by Gaspar Melchor de Jovellanos. With the new technical and industrial advances, the Mediterranean olive oil scene in the 19th century had three dimensions. It was largely an internal market of regional compensations, as olive oil was the most widely used oil for consumption. Likewise, it provided the raw materials for certain Mediterranean industries, especially soap manufacturing. And finally, it became extremely important in international trade between the producing and consuming countries.

Today, olive oil is our unique heritage because of all its values described above and because of its omnipresence in the Mediterranean diet. It is a large industry whose market is led by Spain and Italy, and olive oil’s uses and benefits never cease growing with the passage of time. 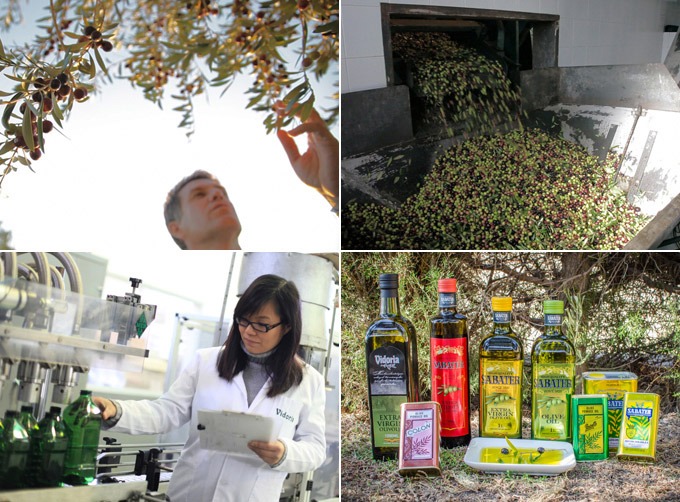